Question what's something that triggers you that people say about lady gaga? 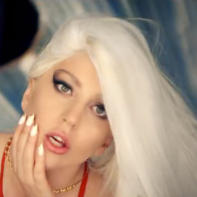 By lilith,
February 14 in Questions & Games