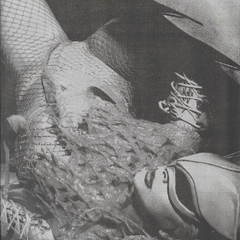 I just wanna talk with whoever allowed these shots to not be released, she looks gorgeous!